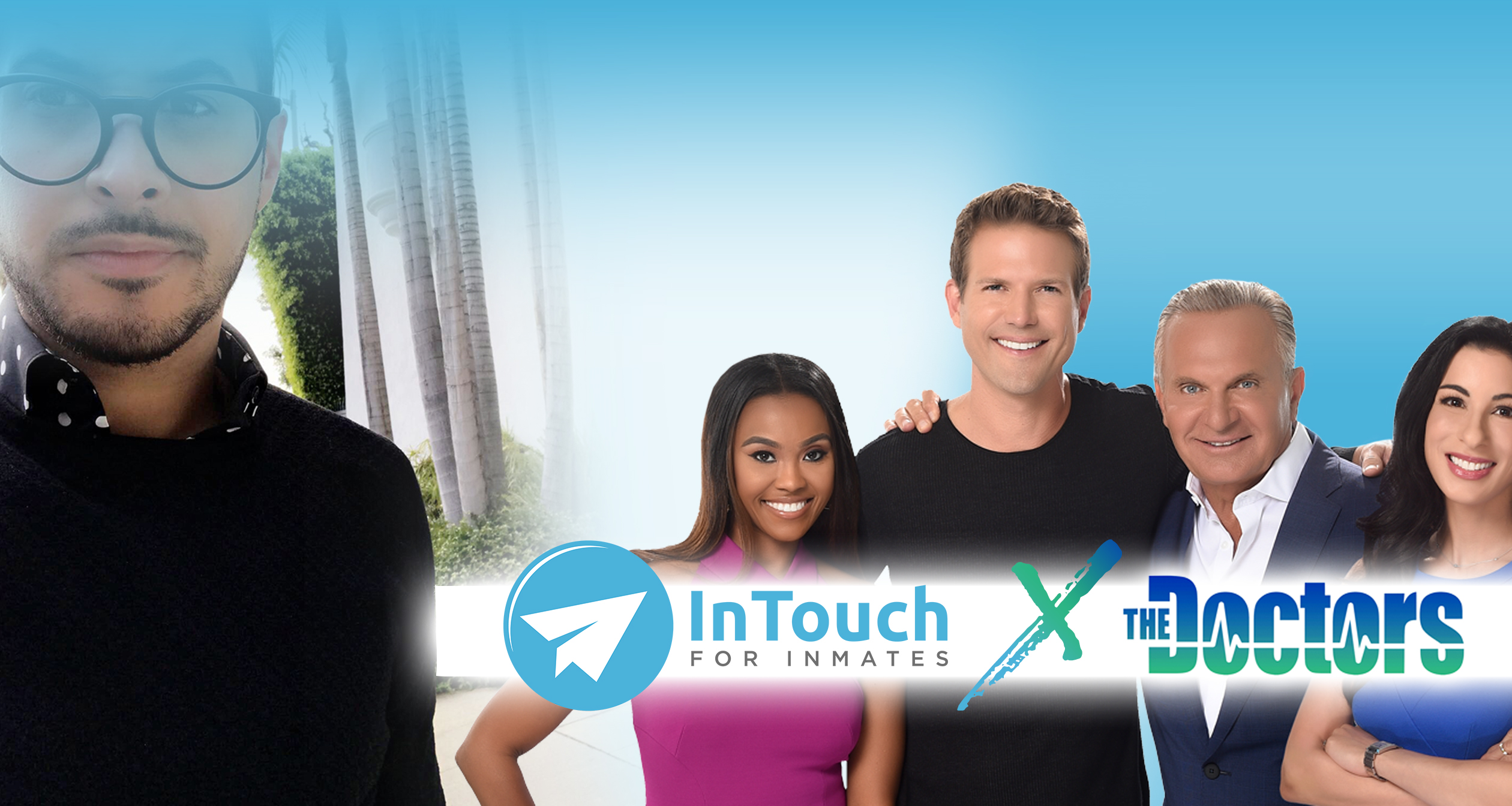 InTouch has been working relentlessly to make a difference in the world, and the world has taken notice. Recently, an Associate Producer reached out to the founders of InTouch after discovering the company online. After a brief phone interview, they invited one of the founders, Kash Hasworth, to join the topic of dating behind bars, an episode now airing on The Doctors TV Show.

As expected, Kash was excited to contribute his thoughts and share his vision with the panel. With the option to use Skype or fly in for an on-the-set experience, he had to decide how he would join the discussion. So, like anyone that has a reason to go to LA, he booked his flight to Hollywood just moments after the call.

KASH IS GOING TO LA

“I remember being so excited to see the Media Inquiry email come through” he recalls.

“After reading the email, I immediately called my co-founder, Lucas, to see if he had seen it come through. The feeling of reward that the email brought over me was just overwhelming. To know that our belief system, the sacrifices, the late nights, the relentlessness that we’ve had to bring this idea into the world was not only materializing, but was starting to receive recognition… there’s just no comparison”, he continued.

After a long day of traveling from the East Coast, he settles into an Airbnb on W Fountain Ave, just one street behind the world-famous Sunset Boulevard.

“I’ve been to LA a few times before, but it’s always been for leisure. This time, I had a purpose. I was going to be on TV for the first time, so most of the time was spent crafting my message” Kash says when asked about how he spent his days leading up to the show.

“It’s LA, so you have to go out. The food, the weather, the palm trees, the views, you have to take advantage of it all. I just had to balance that with the show preparation” he adds.

Sharing some of his experiences, he states, “I wanted an inspiring view while I wrote out my script, so I went to Mama Shelter’s rooftop”, a rooftop with a breath-taking view overlooking the Hollywood Hills and downtown LA.

“I was sitting there, typing out my script, reciting, rewording, and just trying to perfect my message. I had no idea what to expect from the show, so I had to prepare for every angle. This guy beside of me with an old school typewriter introduces himself and offered a free Haiku. Curious to see what he could make out of me staying to myself, mumbling words under my breath, I couldn’t wait to see how the poem turned out to see how crazy he thought I was”, Kash laughs.

Just hours before the show, Kash Ubers to a coffee shop on Sunset Blvd, grabs his go-juice, and awaits for the CBS driver to escort him to Paramount Pictures Studios in Hollywood, home to The Doctors place of recording.

In transit, Kash recalls the ride over, picking memories from the conversation he had with the driver. “The driver took interest in my name, which opened up him sharing that he was also the same driver that transported the ‘Cash Me Outside’ girl to the studio that was featured on Dr. Phil. As I soon learned, The Doctors show and Dr. Phil tape in the same studio”, Kash shares. 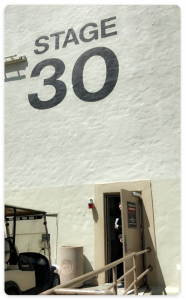 “I was greeted by the Associate Producer as soon as I got there, which was pretty comforting to see a familiar name. She took me directly to my dressing room, leaving me with the script I had on my phone and all of my anxiety” he jokes.

Waiting for the segment to start, Kash says he’s taken from his dressing room to the makeup artist for small touch-ups. He jokes with the artist, stating that his skin is already radiant. Humorously, he says “Apparently, everyone must have touch-ups, regardless of how radiant their skin is.”

Moments before the segment begins, he’s escorted down to be equipped with a lapel mic and to wait behind the curtains that lead into audience seating. A few minutes pass, and Kash is escorted to his guest seating.

IT’S GO-TIME! LIGHTS ON, MICS ON

The crowd applauds and the host, Dr. Andrew Ordon, starts the show, introducing the segment topic and guest appearances.

Two wonderful ladies are Skyped in to discuss their personal experiences with establishing a relationship with an inmate. The first woman, Deanna, spoke about the decade long relationship she had with someone she met through pen-paling, shortly after leaving an abusive relationship with someone on the outside. Deanna’s romantic relationship soon ended, but stated that this former inmate remains in her life as her strongest supporter and best friend.

The second woman, Amanda, joins in to share her experience. Much different than the first, hers results in marriage.

After the two women share their experiences, Dr. Ordon brings in the founder from the audience to understand his purpose for starting InTouch for Inmates. Kash explains that InTouch was birthed to help expose those incarcerated to positive information, mentors, and programs. He continues to explain that exposure to the right information and the right support will reduce the likeliness of those inmates reverting back to the same lifestyle and behaviors that initially landed them in prison.

Exiting the set after the segment, Kash says the moment was over in, what felt like, a matter of minutes, but the support of the crowd and thank you’s would last forever.

Sharing a few last words about the show, Kash expresses what he feels the show wasn’t able to capture. “You know, the segment topic was very specific. The value that we bring at InTouch is much more dynamic and diverse than only facilitating relationships between men and women” he explains.

Expanding, Kash continues, “sure, romantic relationships are going to inevitably be a part of what comes out of it, but that doesn’t define the core of what we do. Our values are rooted in exposing incarcerated men AND women around the globe to positive people, programs, resources and information. This, for example, is why we started building out our Content Library for our members that’s packed full of entrepreneur and employment content, motivational content, greeting cards and much more that the free citizen can share with their pen-pal.”

If you would like to support an inmate, you can get your very own access to our Content Library when you become a member. From learning how to start your own business or having résumé or cover letter templates at your fingertips, you’ll have instant access to tools and resources inside of our Content Library you can share with the inmates in or outside of community.